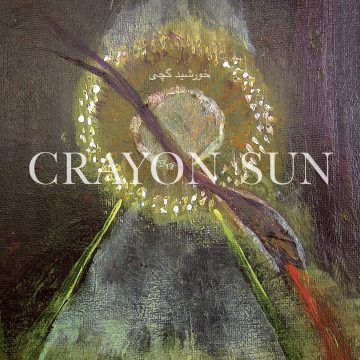 2015: Night Of The Hunter, the last album of the highly respected Creature With The Atom Brain was a hit! Although the band had already split, Aldo Struyf (Creature With The Atom Brain – Mark Lanegan Band – Millionaire) made a grand final statement and recorded the best selling Creature With The Atom Brain album ever on his own! Although the band never played NOTH live, this album was afterwards considered as their best album ever! 10 years of international touring in Europe and the US, with major bands like Queens Of the Stone Age, The Dead Weather, Alice In Chains, Jesus & The Mary Chain and The Mark Lanegan Band, the Creature band was running on empty and personal issues led to the break up in 2015! A last Requiem! “Night of The Hunter” @ WasteMyRecords was a tribute to the band itself featuring all Aldo’s musical companions like Mark Lanegan, Tom Barman, Tim Vanhamel and…..Dave Reniers (Electric Kings – 44 Rave) aka Big Dave! NOTH came out and especially part 4 featuring Big Dave got raving reviews! Even Mark Lanegan yelled out: “This Guy is fucking amazing!” One idea led to another and Aldo started writing songs with his new travelling companion Big Dave. Aldo, who played on many Mark Lanegan songs since Bubblegum/2004, got the hang of it and wrote all new songs with Big Dave’s vocals in his mind! While touring with The Mark Lanegan Band, the new dark psychedelic songs were shaped and the mix of Big Dave’s rough blues vocals/harmonica and Aldo’s ingenious “Creature like” funky psychedelica, came together in this amazing new sound/band called CRAYON SUN! CRAYON SUN is quite different musically! Darker even, more dangerous sometimes, but always funky and soulful as well, as Aldo’s dark desert grooves are in perfect harmony with Big Dave ‘s ‘murdering love ballads’ lyrics! CRAYON SUN touches the torch of voodoo gospel mixed with psychedelic desert blues! CWTAB has moved on, but CRAYON SUN IS COMING to each and everyone of us on November 1st/All Saints Day! Together with Tomas De Smet/King Dalton-Zita Swoon, Antoni Foscez/Go March – Dvkes and Dave Hubrechts/The Grave Brothers, CRAYON SUN will groove u like no band has done before & will leave u behind devasted but yet hopeful! 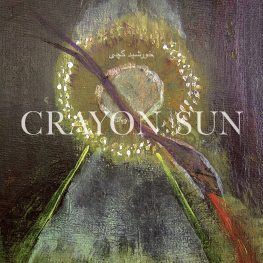