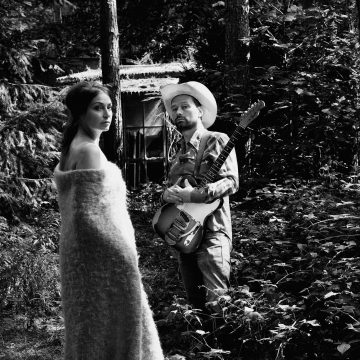 The lovely and stylish couple Nathalie Delcroix (Lais, Birds that Change Colour) and Bjorn Eriksson (bandleader of the Broken Circle Breakdown Bluegrass Band, Maxon Blewitt, Zita Swoon, …) is totally ready for part two of a success story called “Heart Out Of Its Mind”!
Eriksson Delcroix’s new album sounds directly recognizable and yet somehow different. ‘Heart Out of Its Mind’ is, according to Christophe Vekeman, “more contemporary, silly, offensive, and more unique as debut ‘For Ever.’ In his ode on Eriksson Delcroix, this Flemish writer describes it as “music that is as arresting as the howling of wind on a heavenly night”.

Eriksson Delcroix is invited to the international showcase festival Eurosonic 2016 and will be touring Belgium, Holland and France with 40 concert dates scheduled the first part of 2016. The release of their debut ‘For Ever’ was accompanied with a 50 show international tour. They played prestigious venues such as La Cigale and L’Olympia. They opened for Blaudzun, Howe Gelb and Daniel Lanois.

The press about the debut ‘Forever’ :

“Does Flemish alt. country exist? The duo Eriksson Delcroix proves that this question can definitely be answered with a ‘Yes’ ” – Focus Knack

“A dark voice like the true Howe Gelb with an angel sitting on his lap. The most beautiful Flemish country record ever.” – OOR

“Sweet and melancholic melodies that can be compared to Mac Demarco’s ‘Another One’ but comparisons stop there. Bjorn is a cowboy raised on country and bluegrass while Nathalie’s love is folk.” – Casbah Radio Webzine

Those who know their record ‘For Ever’ will instantly say that Eriksson Delcroix is a band  that belongs in the category of Best Belgian Bands of all time. Even the highly praised bands in which they belong and have created and co-created (Zita Swoon, Maxon Blewitt, The Broken Circle Breakdown, Lais, Birds that change Colour) do not succeed where the collaboration between Nathalie Delcroix and Bjorn Eriksson has: making music that is irreversible, music that is coming to you as a howling wind on the darkest of nights. Every tune is haunting, trembling from all emotions, not fear alone. Even the slightest  whisper screams for the full attention of the listener. If their two voices could be compared with words, they would rhyme like ‘sensuality’ with ’Tennessee’, or ‘misery’ with ‘mystery’, and speaking of mystery, seldom is such accessible music so full of the feeling of secrecy.

‘For Ever’ brings you to the best moments of Jim White, where ‘Heart Out of its Mind’ (in a song like ‘Snakebite’ for example) has a feeling of a grown up Bowie who ends up in a far west, deeply touched and in an odyssey.  But in general ‘Heart out of its mind’, despite it’s sheer beauty (‘Dead Bird’, or ‘Now I’m free’, for example), sounds more contemporary, silly, and more offensive that their first record. This is music that you immediately appreciate as a gift. How have Bjorn Eriksson and Nathalie Delcroix lived through this journey? Maybe it has something to do with a world they have created, a world of sounds lovingly layered upon sounds. A good world. A better world. A world in which you want to live. Forever and always. A world that will never parish. It’s the world of a heart out of its mind! Christophe Vekeman 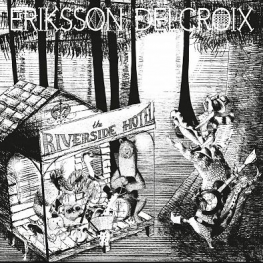 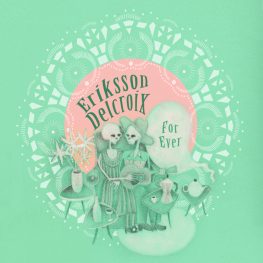 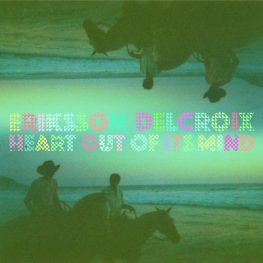 HEART OUT OF IT’S MIND 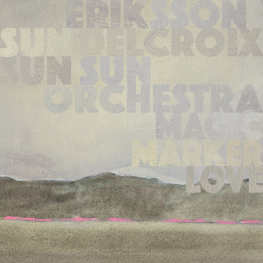