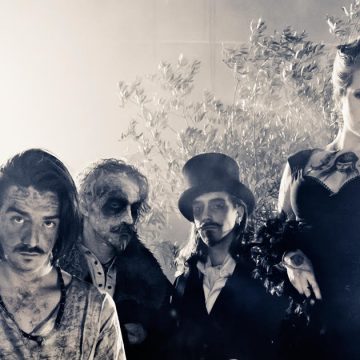 KING DALTON is probably ‘The Best Band You Have Never Heard Before”, although they existed for more than a decade! It is probably the best kept secret of Belgian alternative funk folk rock country bands although they scored 3 hit albums called “King Dalton”/2013, “Thilda”/2015 & “The Third”/2018 all released on Antwerp based record label WasteMyRecords and played at least a 1000 shows! The combo of 5 top musicians out of the folk/rock scène from bands like Moondog Jr, Zita Swoon, Think of One, Lais & Aedo, the best Belgium has to offer and their Zappa influences, made this band so sexy and live unbeatable! After 10 years they decided to go their own way but we hope and 1000s of people with us, they will one day reunite and astonish us with a 4th classic album! What’s the story, morning Glory?

King Dalton arose from the ashes of AEDO, a brotherhood folk band by Pieter & Jonas De Meester who tried to convince Tomas De Smet (Moondog Jr/Zita Swoon/Think of One) to produce their debut album! Tomas was so struck by the talented brothers that he did not only produced their album but also joined the brothers in a trio called KING DALTON! Later on Jorunn Bauweraerts (Lais) joined the band and together with Fred Heuvinck (A Brand) they formed one the Best Belgian bands ever! Their debut album the self titled KING DALTON was released in 2013 and immediately they played all over Belgium & Holland and on WasteMyRecords’ first and last labelnight @ OLT Antwerp!

In 2015 King Dalton took the residency in a beautiful art deco Villa @ Kalmthout/BE to record their follow up album called THILDA! Thilda was their breakthrough album also because the songs were inspired by the century old villa and their residents. King Dalton survived in this legendary deserted villa and while recording in the daytime till night time as the right time to record, they also slept and lived in the villa for months! A remarkable piece of persistence and dedication called King Daltonism. After the recording of “Thilda”/2015, the ancient villa was torn down to make room for modern flats which was locally a big shame!

In 2018 King Dalton delivered their last studio album so far called “The Third”! The recording was a heavy brick because of the numerous solo projects of the Daltons especially Pieter De Meester who toured the world with organic dj collective Stavroz! Stavroz played shows all over the world in a hi speed tempo, leaving no room or time for some serious dedication to King Dalton! Tomas De Smet who was also producing the last waltz of King Dalton, was really stressed/annoyed by the over the top chaotic way of recording, leaving no room to promote nor play this 3rd album for a live audience and the Daltons decided to break up the band and to pursuit their own careers!

Meanwhile we just live on the memory of this legendary King Dalton band who influenced so many people, especially us @ WasteMyRecords!

But I tell you this, one day KING DALTON will be back!

Below some great press oneliners published throughout their 10 year success @ WasteMyRecords!

All King Dalton albums were released on WasteMyRecords! 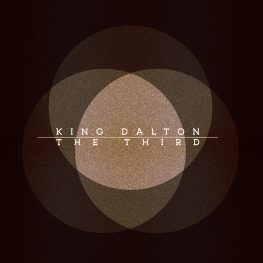 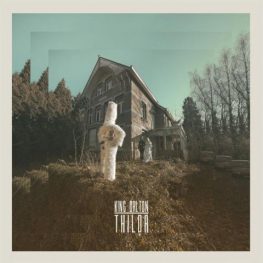 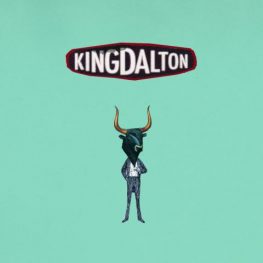